There’s always been the talk of a Kentuckys LP to have been planned in 1966, after the mad “The Old Hangman Is Dead” single, but it did not materialize. Yet the band was recorded on stage in Munich in a club, most probably the Rumba Bar, on Goethestraße in 1965. It’s obviously the repertoire of a Punk-styled Beat band.

The recordings don’t hold any surprises …it’s genuine Garage Rock, yet it lacks original compositions equal to “Stupid Generation” and “The Old Hangman Is Dead”. Some people said they had it in them, but as you know, bands that worked from 7 o’clock to 1 o’clock in the morning, even longer hours on weekends, for month after month after month, didn’t have the leisure and the discipline to come up with original material. There was enough pressure on them to rehearse new songs to be added to their repertoire to keep the customers satisfied. And the punters were satisfied. Songs like “You Better Move On” or “Skinny Minnie” must have been performed a million times on German pub and club stages.

Those monthly treadmills in Germany ruined a lot of bands’ prospects. Here some of the covers receive real outstanding interpretations and are stretched beyond their original length. And… there’s an early group composition as the icing on the cake.

Somebody stupid added applause to the tape, so occasionally destroying the intro or the outro …I know who did it. But these are from the tape with the highest quality.

If you are interested in seeing the Kentuckys playing live, their performance on “Beat Beat Beat” is on YouTube. These are the links:

The Kentuckys live on TV – 5$ And A Saturday Night: https://www.youtube.com/watch?v=J5QO6P_uiRw

The Kentuckys live on TV – The Old Hangman Is Dead: https://www.youtube.com/watch?v=ugz2jtkKkws

08 THE KENTUCKYS – Needles And Pins (demo)

The Netherlands used to be a very liberal country, and as German boys who on home turf got called names for wearing the hair long and eccentric clothes, the Netherlands was like paradise for us. No hassle, no insults, just a lot of like-minded youngsters.

“Broodje met tartar”, was my favourite food whenever I was there. And musically the Netherlands were like paradise, too, then! Comparing the population figures and the number of outstanding bands, there was no equal in the 60s. The bands wore their hair long and dressed in style, and they had their music speaking for them. So many outstanding tunes, and most of them band compositions and in regards to (the English) lyrics mostly up to their UK or US competitors.  And unique cover versions – just listen to The Riats’ “St. James Infirmary”.

Here's another slab of Nederbeat. Give it a place in your heart.

I’ve got some more Nederbeat doubles in store for you. Just wait! 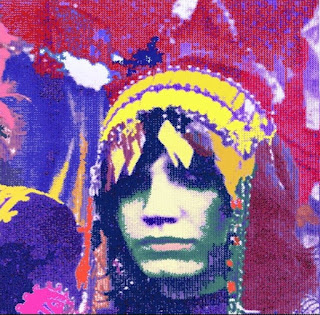 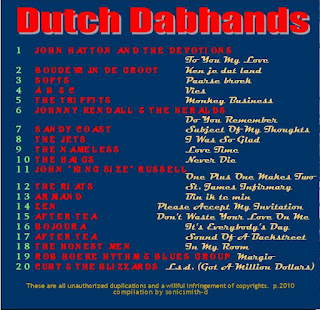 01 JOHN HATTON AND THE DEVOTIONS - To You My Love

06 JOHNNY KENDALL & THE HERALDS - Do You Remember

07 SANDY COAST - Subject Of My Thoughts

11 JOHN "KING SIZE" RUSSELL - One Plus One Makes Two

17 AFTER TEA - Sound Of A Backstreet 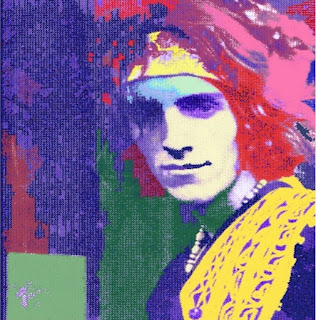 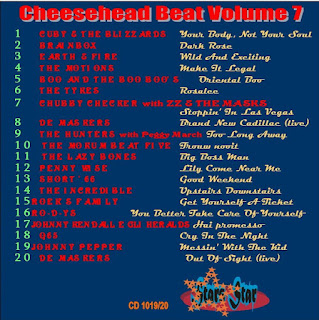 01 CUBY & THE BLIZZARDS - Your Body, Not Your Soul

04 THE MOTIONS - Make It Legal

07 CHUBBY CHECKER with ZZ & THE MASKS - Stoppin' In Las Vegas

09 THE HUNTERS with Peggy March - Too Long Away

15 ROEK'S FAMILY - Get Yourself A Ticket

16 RO-D-YS - You Better Take Care Of Yourself

19 JOHNNY PEPPER - Messin' With The Kid

Big Beat and Power Pop
This is a labour of love, not a commercial enterprise. You cannot download, but you can stream, like a radio show. Actually, I want you to support music by buying what you can listen to here. I’ve been a collector since 1963 and I always had a missionary attitude, trying to turn people's attention to relevant music. Also this blog shall support cultural research. That's why many unreleased recordings from my collection will be made publicly accessible for the first time. Regarding the compilations, I rarely use more than one song off an album - the idea is to water your mouth and make you buy. All music is from my collection, so excuse the snaps, crackles and pops! Records and tapes tend to wear! Support your local record shop, it is the place to buy what you want. It’s also the place to discuss the music you love. If the shop’s staff is competent they will broaden your horizon. If you live out in the country then discogs or ebay might be where to look, but also online shops like www.lpcdreissues.com, Kool Kat Musik, Get Hip Records, Bear Family Records and many more supply a quantity of re-releases. If you want a song to be removed, just drop me a line.